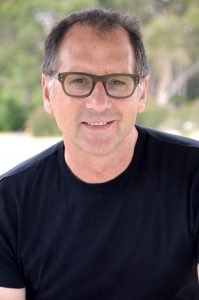 Karl Faase is a well known Australian Christian communicator, media presenter, leader and social commentator. He is the CEO of Olive Tree Media, the organization through which he produces programs of excellence for Christian media and local church use internationally.

Karl is in demand across Australia as a speaker, with a special interest in encouragement & motivation, leadership, ministry development and communicating to those exploring faith. Karl is regularly called upon as a Christian spokesperson and commentator on a variety of social issues. He is passionate about reclaiming the Christian Gospel as word as well as deed.

With over 20 years of involvement in media, Karl is one of Australia’s most experienced Christian radio and television presenters, with his programs broadcast and distributed in the USA, UK, Canada, France, Germany and New Zealand.

Olive Tree Media’s latest production is the documentary series, Jesus the Game Changer, released in 2016. This timely television and DVD series looks at how the life and teaching of Jesus changed the world and why it matters. Topics covered in its ten episodes include equality, forgiveness, care, women & children, leadership, education and health, and others. Jesus the Game Changer was filmed in the USA, UK, Australia, India and Singapore where Karl interviewed over 30 authors, speakers, historians and academics.

Their previous documentary includes Towards Belief, a 10 part documentary DVD/TV series which looks at the belief blockers to faith in western countries. The Daily Nudge is one of Australia’s best-known and most widely used one minute spots on Christian radio internationally with over 800 in circulation.

Karl finished in his position as Senior Pastor of Gymea Baptist Church in late 2014 where he served for over 20 years. Karl maintains leaderships roles in the Christian community as a board member of organisations such the Billy Graham Evangelistic Association (Australia), Samaritans Purse, Christian Media Australia and the Sydney Prayer Breakfast.

Karl was the co-founder and Executive Director of the Australian Arrow Leadership Development Program until December 2010 – a national leadership development program for emerging Christian leaders across Australia and the co-founder of the Media Project, Jesus. All about life – a high profile media campaign working in conjunction with local church participation.

Karl is married to Jane, who is the Creative Director of Olive Tree Media. They have 3 adult children and at last count, 4 grand children (and that technically makes him a grandfather!)